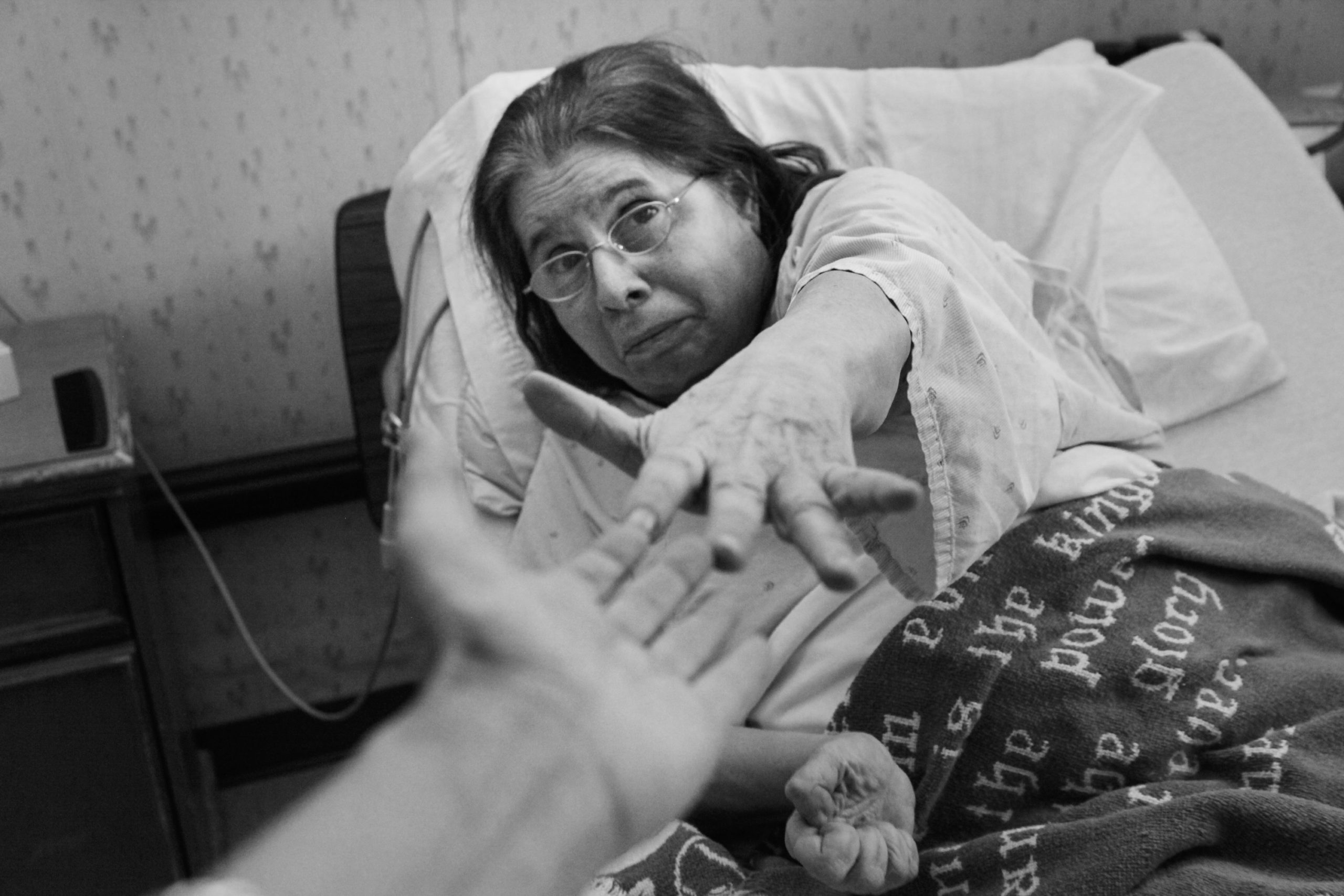 “One of the hardest, yet most therapeutic journeys a photographer can take is to turn the lens around on themselves, their lives, and their own internal struggles. This interior shift in making photographs at first feels too person, too exposing, too emotional and even a little bit selfish. But something surprising happens when we open the doors to our past – the light that now shines on those difficult years becomes a healing light, one that releases us from our rage and regrets. This light connects us to the universal saga of being human.”

So begins the text, written by Aline Smithson, founder and editor of Lenscratch, at the end of Hannah Kozak’s remarkable book, “He Threw the Last Punch Too Hard.”

“He Threw the Last Punch Too Hard” by Hannah Kozak
Published by FotoEvidence, 2020
review by W. Scott Olsen

“In examining these struggles and injuries,” she continues, “ – the things we fight to keep private and away from others – the photographer regains control over parts of their lives where they had no control.”

Achieving the shortlist by the Lucie Foundation for the best First Photography Book for 2020, “He Thew the Last Punch Too Hard” is a difficult story. When Kozak was nine years old, her mother left her, her siblings and her husband for another man. The new husband was alcoholic and abusive and Kozak was often a witness to the abuse. When her mother wound up in the hospital after a blow to her head caused a subarachnoid hemorrhage, Kozak writes, “I became convinced her injury was my fault, because she’d told me not to tell anyone about what I witnessed and I didn’t.” The book chronicles Kozak’s story as she comes to grips with her mother’s story and the effect that history has on her own life. It’s a braided narrative. Somehow her mother’s ordeal in heartless nursing homes is related to her attraction to stunt work in movies. Somehow her father’s history as a survivor of WWII concentration camps is related to her photography. The connections are only apparent when you get inside the story.

In terms of emotional weight, there are two sections to this book. The first is the collection of photographs. The second is the autobiographical essay at the end. Both are often profound.

“He Threw the Last Punch Too Hard” begins with a section of color photographs that look like they are in an old photo album – ribbed sticky paper, tabs at the corners of each snapshot. There are pictures of her mother as an 18-year-old in Guatemala, her mother on her first wedding day, the only photograph Kozak has of her mother and all five children from her first marriage. There is also an image of her mother’s second husband, his chest and head defaced with marker and pen and the word “coward” written with an arrow pointing to him. There is also a page that shows a number of pictures of her mother altered by the second husband to show an impossibly thin waist and large breasts.

This section acts as a type of preface, nostalgic but also foreboding. The book design then changes to standard pages and black and white images. Instead of young and beautiful, Kozak’s mother is now bedridden in a nursing home. Her face is often pensive, often anguished. Her right hand is gnarled. The images include a Social Service Evaluation.

This is where images of Kozak also begin to appear, self-portraits during the process of coming to an emerging self-understanding.

“I decided when I was ten years old that I would be a stuntwoman. I didn’t know exactly what that meant but I knew I couldn’t let fear dictate me,” she writes. “I believe my mother was scared to leave her second husband, as she told me only two pieces of advice that I remember. One, ‘Hannah, get an education’ meant: to stand on my own two feet, don’t be dependent on someone, have your own career and be your own person. In other words, don’t make the mistake she made.”

Later she writes, “My self-portraits are a search for self-knowledge that provide me with a coherent sense of self and are the mirror I never had from my mother. Our relationship was derailed so early in my life. My early mothering experiences were associate with unavailability, loss and rejection. Photography has reworked this relationship”.

“He Threw the Last Punch Too Hard” asks to be read front to back. It’s certainly possible to drop in on any page and feel an emotional power, but the story is larger than the images. The photographic style is documentary and issues arise from every shot. If you begin on page one and proceed in order through the images, you get both the developing story and a multitude of questions. The photos reveal what’s going on but say nothing about why. It would be a bit frustrating if that was all there was. Thankfully, the essay at the end, which is not short, tells the whole story again with all the missing causes and motivations. The benefit here is that we’ve already see the faces and settings.

“He Threw the Last Punch Too Hard” is a moving, sad, often anger-invoking, often loving book. The photographs are honest and compelling. At the end of her essay, Kozak writes: “This book tells my mother’s story. It also tells mine. The two are closely intertwined. She is me and I am her. We are both heartbreakingly bruised. We both have inner resilience. We are also grateful.”