Inside Pain and Purpose – Review of “Uncommon Grit: A Photographic Journey Through Navy Seal Training” by D. McBurnett 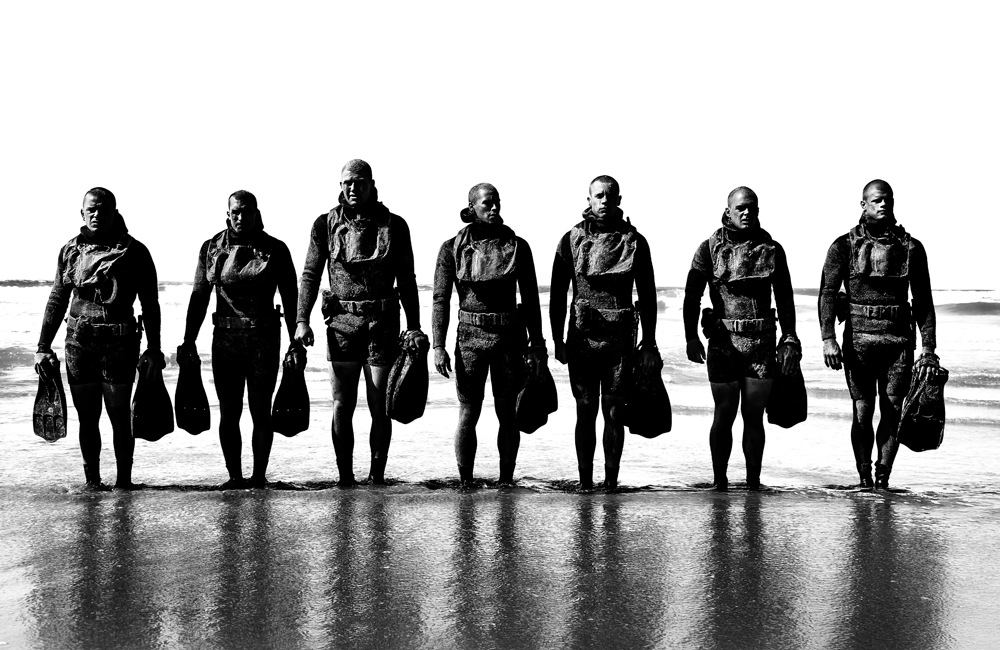 There is something special about an inside look. Pull any curtain back, even partially, and we step forward to see what it reveals. Yes, we are a curious species. But it’s not that simple. We benefit from stories we have not been told. Any detail, any insight makes the story more present, more nuanced, more real.

The world has heard about the U.S. Navy Seals since January 1, 1962. Among the U.S. military, they are the elite. While the Air Force Pararescue soldiers have more intense training – they are the people who rescue Seals if Seals get in trouble – the Seals get the impossible missions. Seal is an acronym for Sea, Air and Land. No matter where – if the mission is complicated, difficult, dangerous and essential, a Seal team is likely to be in the vanguard.

Uncommon Grit claims to be a photographic journey through Navy Seal training. In truth, however, it’s a look at only the first four weeks of Basic Conditioning, the first of three phrases (the other two being Diving and Land Warfare). In other words, it’s a look at hell.

It’s difficult become a Seal. Difficult physically, yes. That much we already know or can easily guess. But it’s difficult mentally, too. That part remains mysterious. How does anyone survive the personal and emotional challenges that come with the training? Becoming a Seal is voluntary. Any soldier can walk away at any time and chase some other assignment. What is it like to face that choice every day?

McBurnett, a 24-year veteran of the Navy, a Seal himself and then a Seal instructor, is an extraordinary photographer. Taking pictures of men in physical training is easy. Capturing images of soldiers that reveal an internal moment as well as the spray of the ocean is elusive and hard. Yet, every page is filled with these moments.

Picking up this book, I expected to turn the pages fast. I expected a story, beginning to end, each imaging continuing the rising action. But that isn’t how the book unfolds at all.  Every image is a story. They are not in chronological order. Most of the images are black and white, the familiar and still effective sense of timelessness. Several are in color, the immediacy of the particular moment evoked. There are group shots and closeups of faces. The book ranges not from day to day but from emotion to emotion. More often than not, the soldiers look challenged and stressed and in pain. But there are a few smiles, too.  At these moments, at least, they are having fun.

Describing The Bell (not technically an evolution), McBurnett writes: “The Seal program is voluntary and the bell is a reminder that you can leave the program at any time. All you have to do is ring it three hardy times and you are done. You showed up for the program on your own accord and you are leaving on your own accord, plain and simple. If you do ring the bell, it’s called Drop on Request (DOR), which is a nice way of saying, “I quit.” For all the thousands who did quit, it doesn’t mean they are failures by any means. It just means this military school was not in their destiny and they are now heading down a different path with different successes, still serving the nation in a different capacity. Quitting is easy, the hard part is living with the excuse why… It’s the mental aspect that is the biggest challenge – the war between your ears.”

Every now and then there is an image of that bell. It’s always within reach. And every time I wondered if I would ring it, three hardy times, during the first day.

I admire this book. When it’s all over, it really doesn’t matter that this is a military unit.  These are humans with tremendous desire facing tremendous physical and mental challenge. McBurnett has found a way to capture that fight in a photograph.

Hope. Despair. Pain. Will. Questioning. Trust. These are the stories on every page.