The View Between Times – Review of “Permanent Drift” by John Waller 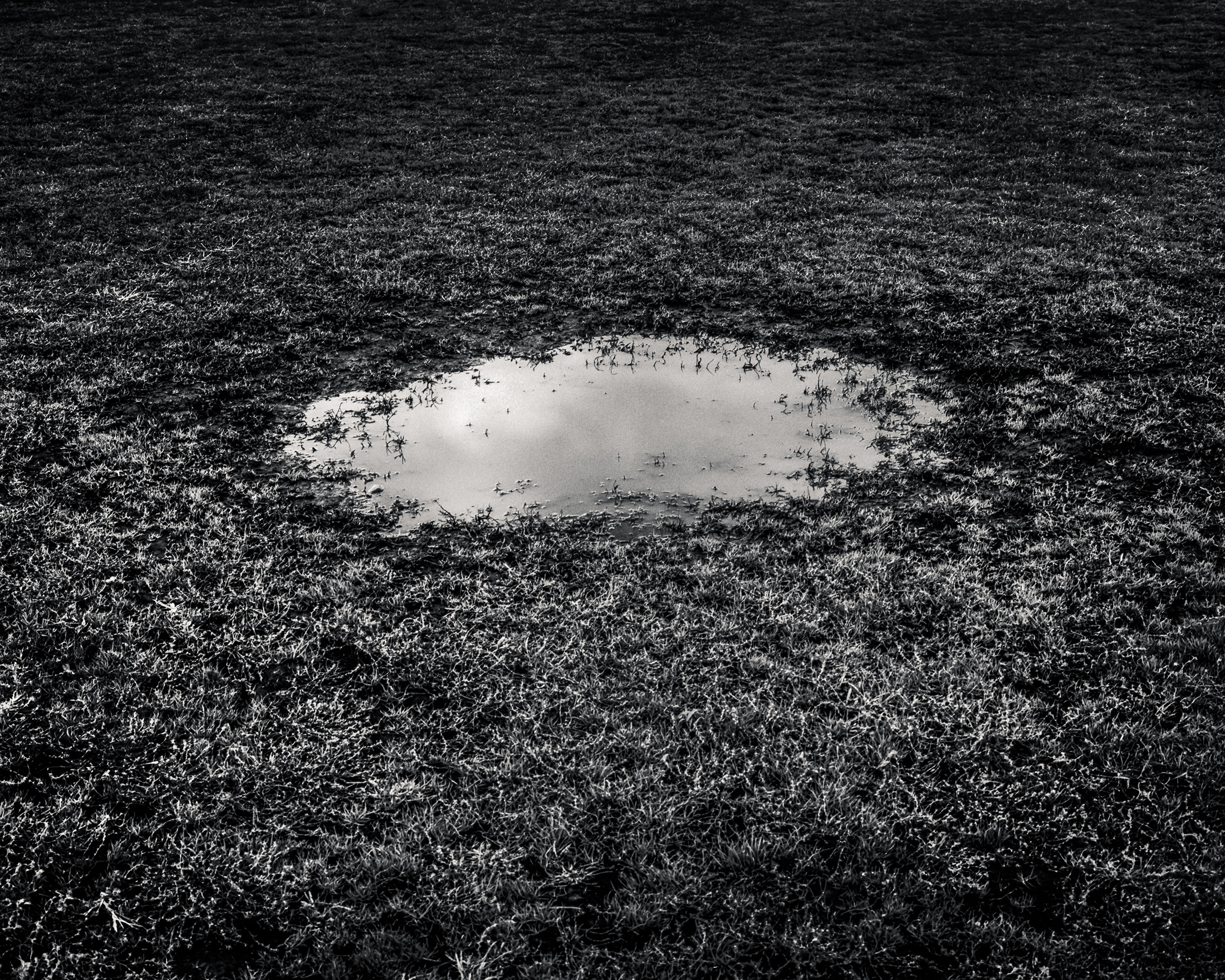 What is the relation between an image and its idea?

I remember once, a long time ago, seeing a mundane picture of an ordinary red dinner plate. There was nothing special about the image or the plate, as far as I could see. But then I read the caption. The plate was red Fiesta Ware. The plate’s manufacturing included uranium oxide and, as a result, the plate was radioactive. I read the accompanying article and I quickly found myself studying the image, as if I could see radioactivity. It’s stuck with me for decades.

For many photographers, this is obvious. I will admit, though, that, in general, I believe an image should be compelling and engaging without any caption or background. I resist explanation as necessary for a first understanding.

Note, however, that I just said, “in general.”

I have a fine new book on my desk that once again proves an idea can radically inform the way an image is contextualized and received.

Permanent Drift by John Waller is a collection that wants to document a particular moment in the mood of urban transformation. Waller’s neighborhood at the time, Olde Kensington in Philadelphia, was at the edge of surrendering one identity for another. On his daily walks, what he saw was neither the neighborhood as it was or what it would become. That feeling is what he set out to photograph.

Waller’s Foreword is very brief.  Here is its entirety:

When I briefly lived in Olde Kensington, a post-industrial area of Philadelphia, the neighborhood underwent a major development push. You could call it gentrification, and I wouldn’t argue with you.

As a lone walker, muddling my way through this unfamiliar and transitional neighborhood, I set out to document my time in Olde Kensington. The sense that some invisible force seemed to be directing these walks, influencing my movements in secret, was hard to ignore. This reticent escort seemed intent on eliciting conflicting senses of adversity, apprehension, desire, and elation.

As a record of these ambulations, the photographs in this book limn the tension between the extant and the imminent, the intervallic experience of living in a city in flux, and a complicated relationship to place.

In other words, Permanent Drift is a book that documents a neighborhood in transition from old to new. Every image is a capture of impending change. Every image is a capture of instability, loss, history, a cityscape in the act of being discarded. Something as simple as a picture of a garage door gathers weight when you know it will never look like this again. Do we mourn its passing? Do we celebrate what is to come? These are not simple questions.

The images are all black and white. Most of them are dark. Many of them are grainy. The result is not so much film noir as it is reminiscent. However, this does not mean nostalgic or resistant to the upcoming changes.

The images themselves do not hold much drama, but that is precisely the point. Here is a puddle. Here is a telephone pole. Here is an opening in a chain link fence. Here is some Tyvek and a space where a window will soon be installed. It would be easy to say these are ordinary. But given the idea and the mission here, these images carry a remarkable documentary and social weight. The best of the images are subtle and layered, as if the physical change is caught in process. Backgrounds become important as distant early warning.

The book concludes with an essay by street photographer and award-wining fiction writer Pete Duval.  Duval writes, “…Permanent Drift is an allusion to French philosopher and Marxist theorist Guy Debord. More specifically it conjures Debord’s idea of le dérive (literally “drift”), a radical practice for understanding, repurposing, resisting the way built environments are intended to be lived in, passed through, felt.”

Duval later says, “The collection constitutes a mapping out of this neighborhood’s psychogeography…the ‘specific effects of the geographical environment on the emotions and behavior of individuals’ [according to Dubord].’…And everywhere, forces are afoot that seek, intentionally or not, to undermine the stark utilitarian purposes of the built environment and render it beautiful…it’s as if there’s something moving through the landscape that refuses to be contained….”

Reading Permanent Drift is an unexpected and rewarding experience. It’s a bit like exploring the accumulated artifacts in someone else’s basement. What you hold in your hand may look unremarkable until you know the story. Then it becomes priceless.