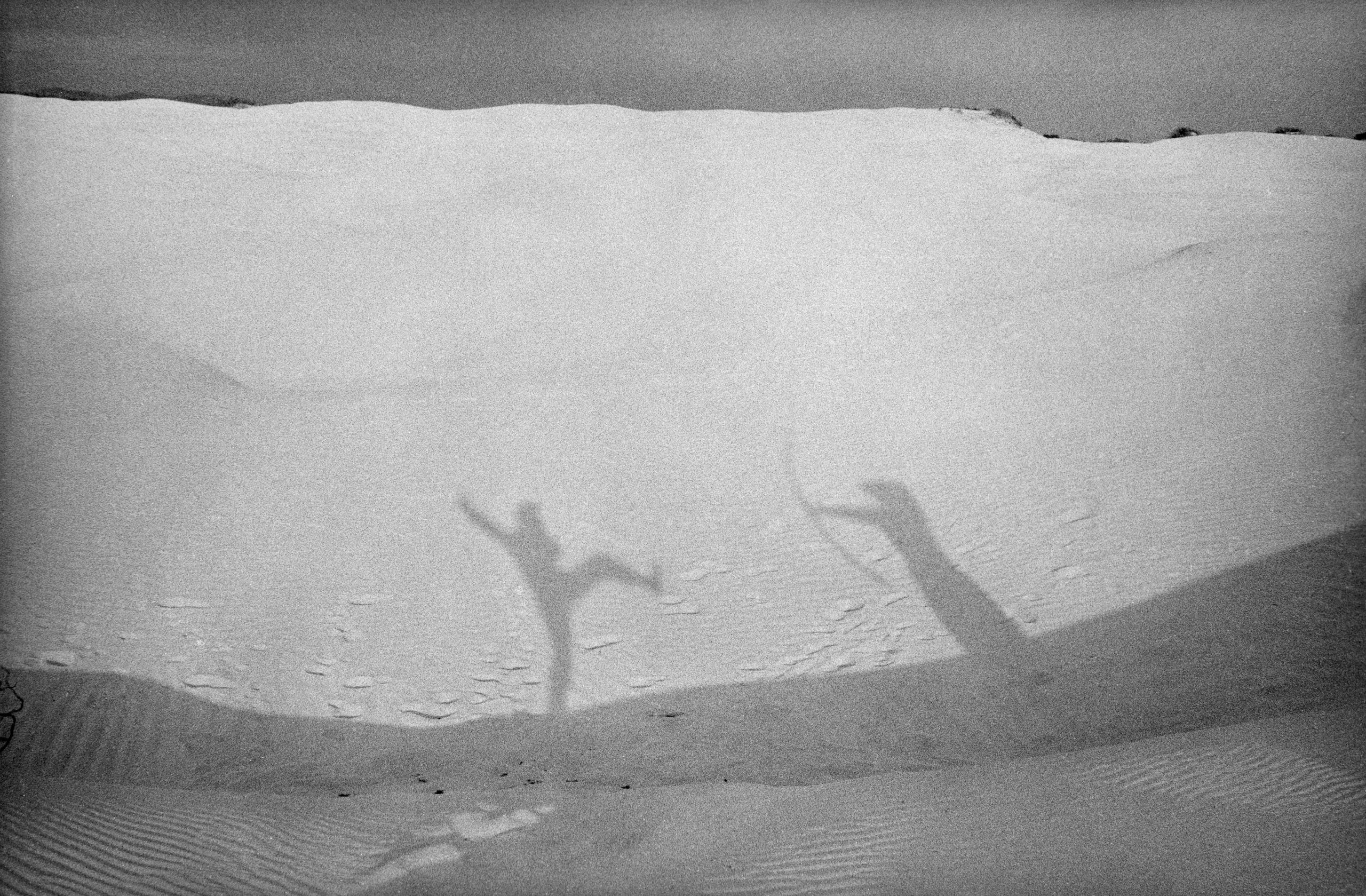 There should be a word somewhere between evocative and provocative.  To evoke is to cause memory. To provoke is to cause action. But what about those moments when we see something, something we’re sure we know, somehow, incompletely, and that partial knowing gives us the desire to explore a bit more, though we rarely do? A shard of memory, a lingering desire. We need a word for that.

“Do Not Disturb My Waking Dream” by John Cohen
Published by Steidl, 2020
review by W. Scott Olsen

Whatever that word may be, it would describe John Cohen’s new book of images: Do Not Disturb My Waking Dream. In some aspects, the whole project is accidental. These pictures are the ones we all have in a file called “misc.” There is a picture of a vine-covered wooden footbridge. There is a picture of old tomato plant wires. There is an automobile grill emerging from a snowdrift and there are several pictures of a family on a walk down a country lane. There is an image of a roomful of animal skeletons in what appears to be a museum and then an image of a young woman standing in a mist, her palms turned upward to feel the moisture in the air.

What is remarkable here, though, is how familiar the whole collection is. I’ve never seen these places, have never met these people, but somehow they are not strange to me.

The book’s promotional materials tell us that “One cold sunny morning in December 2018, Gerhard Steidl drove from New York City to see John Cohen at his rambling home in upstate Putnam Valley. The purpose of the visit was to pick up originals to be scanned for Cohen’s Look up to the Moon, his book of photos from Morocco in 1955 and published by Steidl in 2019. But in the organized chaos of Cohen’s barn-cum-studio they stumbled across another group of prints from across his 60-year career: “I didn’t know what to do with them,” he recalls, “They weren’t a book or an exhibit, or for sale. They were not of one subject.” To Cohen’s surprise and delight, Steidl took the boxes under his arm, and the photos now appear for the first time here in Do Not Disturb My Waking Dream, Cohen’s most lyrical and personal book, as well as his last… Sequenced wholly by mood and intuition and eschewing titles and dates, the portraits, landscape and still lifes, along with some of Cohen’s drawings, unify disparate subjects—his wife Penny, Roscoe Holcomb, fragments of the Parthenon, renovations to Cohen’s farmhouse in the mid-sixties—into a dreamlike flow. Cohen’s confessional text, recalling his intense intertwining dreams across decades, explores the line between dream and reality, and between memory and book.”

John Cohen was a filmmaker, photographer and musician. As part of the New Lost City Ramblers (which also included Tom Paley and Mike Seeger, then others), he took part in the folk and traditional music revival of the 1950s. In Manhattan, he lived next door to Robert Frank, took photographs of Bob Dylan and Jack Kerouac and Woody Guthrie.  He eventually moved to a farmstead in upstate New York.

In his afterward, Cohen writes about a series of dreams he had throughout his life—connected dreams about an old house, and a house beyond that one.  He says, “I spent a lot of time trying toe recall what images were there in the boxes… it was largely about this house when we first moved here. It caused me to have the most unusual, spectacular dream—searching the past. It was a dream about dreams. It combined dreams from years ago with other old ones. I didn’t think the mind could call up old dreams, but it did.  It was a review of deep personal ideas about myself and my places, a review of how I understood myself at different times in my life.”

His resume is long. This last book (he passed away in 2019), however, is no threat to coffee tables. It’s only 64 pages long. The images are black and white and soft. There are no hard angles here, no harsh light. There is fog and haze and snow. In other words, they are very much like a dream.

For me, Do Not Disturb My Waking Dream sits in that space between evocation and provocation. The images are immediately familiar, though I can’t place where. I’m sure I know these people, but I can’t quite say how. They are friends, I think. I stare at the images for a very long time, happily, trying to figure it out.

Looking at this book, I find myself dreaming memories I have never lived. That’s quite a special accomplishment.