Witness – Review of “Taxi: Journey Through My Windows 1977-1987” by Joseph Rodriguez 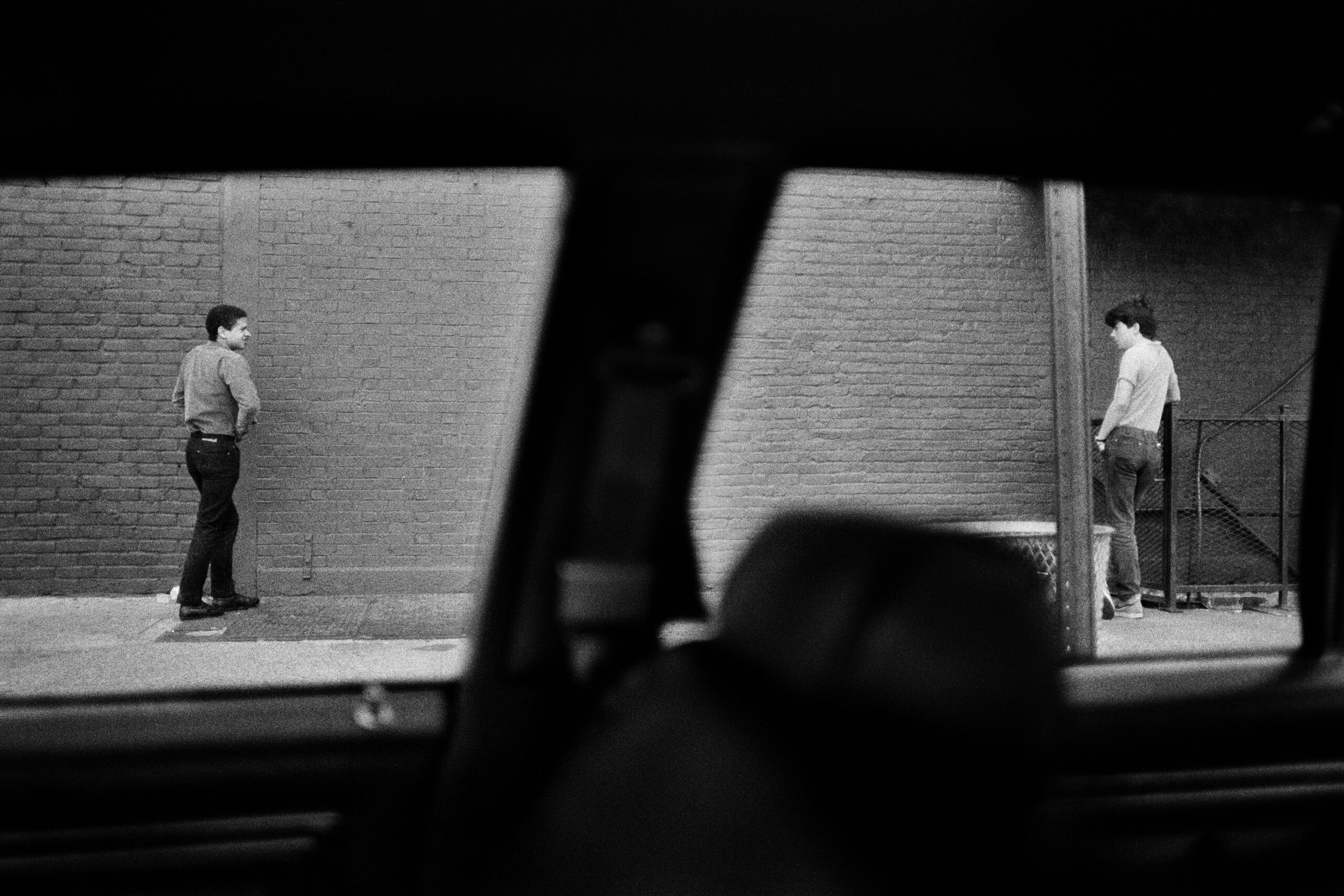 From "Taxi: Journey Through My Windows 1977-1987" by Joseph Rodríguez, published by powerHouse Books.

I sometimes wonder about the work we do. Photographers are documentarians, yes. But we are also historians, sociologists, ethnographers. Sometimes we are psychiatrists or clergy, receiving confessions and secrets.

More than anything else, though, we are witnesses. Pause there for a moment. The word has two meanings. We can witness the world around us in the sense that we see what is happening. But witness also means to speak. I can witness an automobile accident or a sunrise. I can witness my love for jazz.

Taxi: Journey Through My Windows 1977-1987 by Joseph Rodriguez is the best of both definitions. It is a remarkable, wonderful, poignant, sometimes painful look at New York City from Rodriguez’s point of view as a taxi driver. The change of situation – most street photographers work on foot – creates a profound change in subject.

As a taxi driver, Rodriguez witnesses the panorama of city life. As a photographer, Rodriguez witnesses, to us, his fascination. His work is not a search for spectacle or the absurd. Nor is it a romanticized vision. Taxi is a book of honesty and clarity as well as love and respect.The black and white images are a portrait of the harder parts of New York City during a difficult decade. This is who we were.

Rodriguez explains his routine in a one-page narrative preface. His shift started at 5:00 a.m., just as the late-night S&M clubs were closing. His fares included customers from the clubs, sex-workers, and then later in the day, housecleaners and elderly couples. His taxi, his studio, offered him a continuously changing population that, in sum, offered a wide take on New York.

Throughout the book, though not on every page, Rodriguez writes short narratives to go with the images. One story is about an old couple. “I was having a really hard time having a relationship, and I get his couple in my cab who are married 45 years. My question to the both of them was, ‘How do you stay married for so long?’ The man starts complaining about her gas at night, and she was complaining about his snoring. But hey agreed their secret was ‘love and compromise.’”

On a different ride we learn, “I had been working some of the grittiest clubs all morning on a Sunday. Picking up guys from the Anvil and taking them uptown. And on the way back downtown, there was this family going to church. Smiling little kids, all dressed in their Sunday best.”

The effect of these stories – they are not really captions – is to give the book a type of unifying narrative. It’s not the story of any particular day. It’s Rodriguez’s story. It’s the story of what all those days were like. Street photography is defined by a fleeting and transitory moment. The images of those moments, though, can bring sharp focus to the complicated ways we live our lives, and the questions those ways provoke.

One of the real joys of this book is the fine introduction by Richard Price, author of the novels Clockers, Freedomland and Samaritan. He titles his essay “False Dawn, The Wee Hours Humanism of Joseph Rodriguez” and it is an excellent introduction to the milieu Rodriguez’s work. “In that ten-year span,” he writes, “it felt like the city was getting its teeth kicked in on a daily basis, encompassing as it did, the dawn and high noon of the AIDS crisis, one municipal budget crisis after another leading to wage and hiring freezes, labor strikes, and in general, an overall deterioration both physical and spiritual in the everyday quality of life.”

“To drive a cab back then,” he continues, “you either had to have a death wish or come to the job with a biography that inured you to the danger or graced you with such intuitive empathy/curiosity that to see and hear and sometimes engage with the cavalcade of humanity sliding in and out of your back-seat trumped the nightly game of Russian roulette.”

Taxi: Journey Through My Windows 1977-1987 is an insight, troubling and historic and sociological and, to my way of thinking, necessary. This is a book of witness.